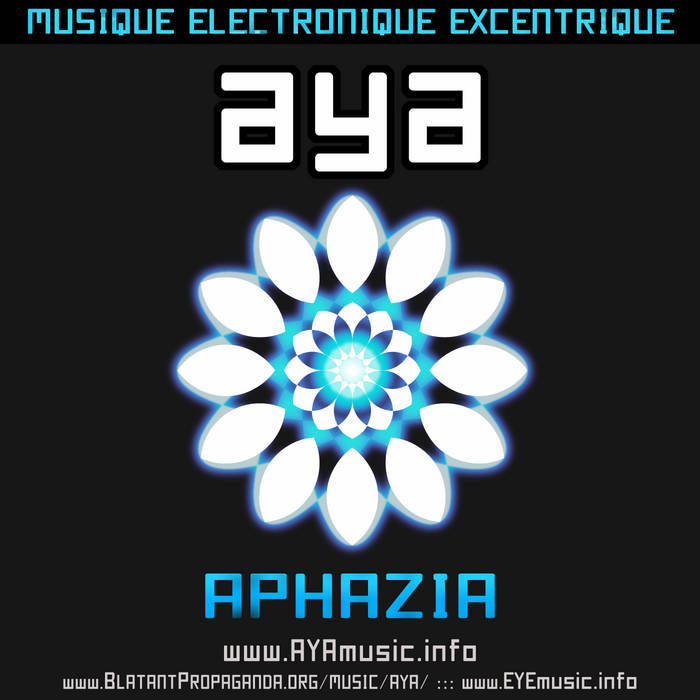 AYA's "Aphazia" was originally released in 1998 with the title of "Oi-ya!" on the compilation CD "Blatant Propaganda Volume 1". Genre-wise at the time this fitted under the phrase of "intelligent dance music" (IDM) and is a precursor to post-industrial dark electronic genres like "witch house".

It starts in an eerie "submarine" manner and builds up to an intense thumping cacophony of splattering & stomping percussion, analogue bass synths and glossolalia vocals. The female vocalist is Lady Hannah Cadaver.

The piece soon appeared on several other compilations (released by labels in North America & Australia) under the title of "Aphasia".

This track emerged during the 1997 sessions for a re-recording of EYE's song called "Kadoish (x3) Adonais Tseybeyoth". Several different versions of that track appeared on compilations in the late 90s and early 00s. You can hear the most widely known version at eyenoise.bandcamp.com/track/kadoish-x3-adonais-tseybeyoth

After AYA changed name to "ELF" (the "E.L.F.") in 1999 the track appeared on the ELF "Preview" CDr that was available by mail order via the dark alternative music record label www.BlatantPropaganda.org and via other sites. It was subsequently released online under the original "EYE" project name in the 2010s.

This particular mix was done in early 1999 and is slightly different - is "stompier" - to the version found on earlier compilation CDs.

This track was recorded & produced in the Australian capital city of Canberra; an early example of Canberran electronic music. This copy was remastered in 2017 and uploaded here in 2018.

Sites for the related music projects: